The Extreme Life of the Sea (Hardcover) 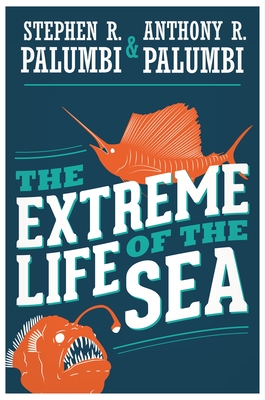 A thrilling tour of the sea's most extreme species, coauthored by one of the world's leading marine scientists

The ocean teems with life that thrives under difficult situations in unusual environments. The Extreme Life of the Sea takes readers to the absolute limits of the ocean world--the fastest and deepest, the hottest and oldest creatures of the oceans. It dives into the icy Arctic and boiling hydrothermal vents--and exposes the eternal darkness of the deepest undersea trenches--to show how marine life thrives against the odds. This thrilling book brings to life the sea's most extreme species, and tells their stories as characters in the drama of the oceans. Coauthored by Stephen Palumbi, one of today's leading marine scientists, The Extreme Life of the Sea tells the unforgettable tales of some of the most marvelous life forms on Earth, and the challenges they overcome to survive. Modern science and a fluid narrative style give every reader a deep look at the lives of these species. The Extreme Life of the Sea shows you the world's oldest living species. It describes how flying fish strain to escape their predators, how predatory deep-sea fish use red searchlights only they can see to find and attack food, and how, at the end of her life, a mother octopus dedicates herself to raising her batch of young. This wide-ranging and highly accessible book also shows how ocean adaptations can inspire innovative commercial products--such as fan blades modeled on the flippers of humpback whales--and how future extremes created by human changes to the oceans might push some of these amazing species over the edge.

Stephen R. Palumbi is Professor of Biology at Stanford University. Anthony R. Palumbi, Stephen's son, is a science writer and novelist whose work has appeared in the Atlantic and other publications.