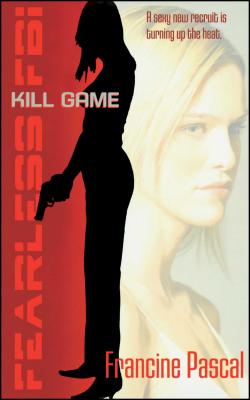 This is book number 1 in the Fearless FBI series.

The greatest weapon against a serial killer?
A girl with no fear.
Gaia Moore isn't like anyone else in the world.
She's trained in ten different martial arts. She has a sharp mind, and an even sharper tongue. As a teenager she cut class to bust gang members and drug dealers on the streets of New York City. And now Gaia's been recruited to join the world's leading crime-fighting organization.
At FBI training camp in Quantico, Gaia will become a part of an unparalleled team. She'll learn the strict codes and procedures of the FBI. She'll be pushed to her body and mind's utmost limits.
She'll learn how to hunt serial killers.
And she will catch one.

Francine Pascal is the creator of several bestselling series, including Fearless and Sweet Valley High, which was also made into a television series. She has written several novels, including My First Love and Other Disasters, My Mother Was Never a Kid, and Love & Betrayal & Hold the Mayo. She is also the author of Sweet Valley Confidential: Ten Years Later. She lives in New York and the South of France.