The Templar Revelation: Secret Guardians of the True Identity of Christ (Paperback) 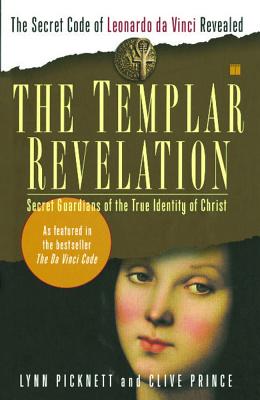 THE MOST CLOSELY GUARDED SECRET OF THE WESTERN WORLD IS ABOUT TO BE REVEALED -- AND YOU WILL NEVER SEE CHRISTIANITY IN THE SAME LIGHT AGAIN.
In a remarkable achievement of historical detective work that is destined to become a classic, authors Lynn Picknett and Clive Prince delve into the mysterious world of the Freemasons, the Cathars, the Knights Templar, and the occult to discover the truth behind an underground religion with roots in the first century that survives even today. Chronicling their fascinating quest for truth through time and space, the authors reveal an astonishing new view of the real motives and character of the founder of Christianity, as well as the actual historical -- and revelatory -- roles of John the Baptist and Mary Magdalene. Painstakingly researched and thoroughly documented, The Templar Revelation presents a secret history, preserved through the centuries but encoded in works of art and even in the great Gothic cathedrals of Europe, whose final chapter could shatter the foundation of the Christian Church.

Lynn Picknett is a writer, researcher, and lecturer on historical and religious mysteries. Her seminal book, written with Clive Prince, The Templar Revelation: Secret Guardians of the True Identity of Christ, inspired the New York Times bestsellers The Da Vinci Code and The Secret Supper. They are also the authors of The Sion Revelation: The Truth About the Guardians of Christ's Sacred Bloodline. She lives in London, England.

Clive Prince is a writer, researcher, and lecturer on the paranormal, the occult, and historical and religious mysteries. With Lynn Picknett, he is the author of The Templar Revelation: Secret Guardians of the True Identity of Christ and Turin Shroud: In Whose Image? He lives in London, England.

Colin Wilson Author of Atlas of Holy Places and Sacred Sites One of the most fascinating books I have read since The Holy Blood and the Holy Grail.