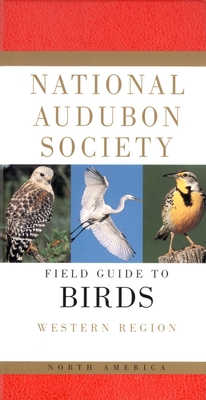 Virtually every bird found in western North America is brought to life in this portable guide, an essential companion in the field and a staple in any birdwatcher's library—a birding bible for more than four million enthusiasts!

MIKLÓS D. F. UDVARDY (1919-1998) was born in Debrecen, Hungary. He received his doctorate in biology from the University of Debrecen in 1942. He has written more than a hundred papers on ornithology, biogeography, and vegetation classification.

JOHN FARRAND, JR. (1937-1994) studied at the University of Oklahoma and Louisiana State University. He served as Zoologist at the Smithsonian and was a curatorial assistant at the American Museum of Natural History.