Republic Earth Organisation: To counter the autocratic threat posed by the Shanghai Cooperation Organisation and create a Global Democracy in the 2 (Paperback) 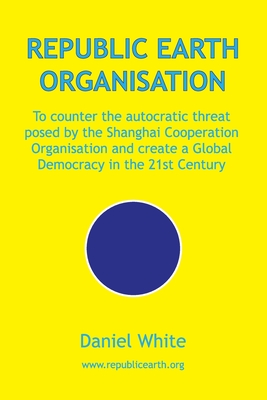 Republic Earth's core argument is stark: the growing threat posed by authoritarianism, and the autocratic Shanghai Cooperation Organization, led by China and Russia, threatens the emergence of a new democratic global society in the 21st century.

Republic Earth Organisation: To counter the autocratic threat posed by the Shanghai Cooperation Organisation and create a Global Democracy in the 21st Century will enlighten Australians and all citizens around the world that since 2001, autocratic regimes, through the Shanghai Cooperation Organization and led by co-founders China and Russia, have been on a coordinated campaign to use 'sharp power' to weaken and steal power away from democratic nations in a sophisticated way. Without democratic nations playing hardball and fighting back, these autocratic nations could, within the next 10 to 15 years, gain global power and potentially unite the world under an autocratic agenda.

In light of this reality, democratic nations, led by Australia and the G7, need to unite and create a new global organisation--a Republic Earth Organisation--to counter this threat.

This book also tries, in a small way, to make sense of the 21st century, and shows that we are in a battle between a new World of Order and a new World of Disorder. This book wishes to celebrate the emergence of a new democratic global society and a new World of Order. We argue that through the creation of a Republic Earth Organisation we can build global governance so that the new democratic global society and World of Order can succeed; and we can work on addressing the seven key global challenges in the World of Disorder (climate change, economic inequality, terrorism and cyberterrorism, displaced people and refugees, harm caused by the digital revolution, the threat posed by nuclear weapons, and autocratic regimes threatening democratic nations).