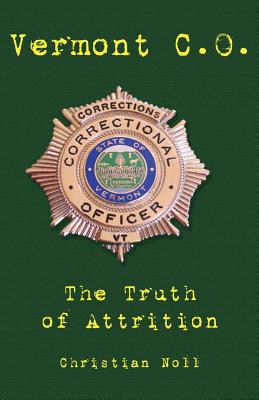 How does a state like Vermont; which brought us Civil Unions, Senator Bernie Sanders and Ben and Jerry's Ice Cream, manage to rank 49th in the nation for governmental integrity? According to the Better Government Association in 2011, Vermont scored a flat zero in two areas; Conflict of Interest Policy and Whistle Blower Protections which dragged its overall rating down to 49th in the nation. Vermont also has the highest police misconduct rate per capita of police officers in the nation (NPMSRP). With a police misconduct rate three and a half times the national average I decided to take a closer look. What I found was hard to believe. I discovered that our little state of Vermont which used to be known for its progressive and openly accepting, diverse and "Green" culture, has in fact, this dark evil side which few would care or dare to know about. "In all of my fourteen years of studying criminal justice, nothing else horrified me more than this." "I have a civic, ethical and personal responsibility to document crime and corruption where ever present and since I'm experiencing it first hand, what better platform to divulge it from?" Our Constitutional Bill of Rights are slowly disappearing under the new American Battle Cry "Post 9/11." The military industrial complex is accompanied by numerous others including Police, Corrections, Health Care and Education. "I have unequivocally discovered the industrial complex of police and corrections in my home state of Vermont." For the brave only; join me in both first and third hand narratives describing this testimoney from the Green Mountain State of Vermont. A whistle blower piece bravely describing corruption and harassment in the Vermont Department of Corrections. A true life account of how veteran correctional staff, profile and harass rookie correctional officers, thus contributing to the enormously high 56 percent turnover rate for Vermont's first year officers. Veteran officers are able to escape justice while continuing to target and harass newly graduated correctional officers (CO's) under the pretext of inmate hostility. The author describes in his own words the systematic and flagrant abuse of Vermont's most valuable resource, its employees. He uses his own experiences to reveal the true causes of what costs the Vermont tax payer millions of dollars annually.