Blue Is the Warmest Color (Prebound) 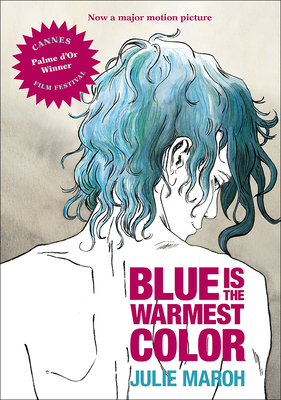 A "New York Times" bestseller
The original graphic novel adapted into the film "Blue Is the Warmest Color," winner of the Palme d'Or at the 2013 Cannes Film Festival; released in the US this fall by IFC Films/Sundance Selects
In this tender, bittersweet, full-color graphic novel, a young woman named Clementine discovers herself and the elusive magic of love when she meets a confident blue-haired girl named Emma: a lesbian love story for the ages that bristles with the energy of youth and rebellion and the eternal light of desire.
First published in France by Glenat, the book has won several awards, including the Audience Prize at the Angouleme International Comics Festival, Europe's largest.
The live-action, French-language film version of the book, entitled "Blue Is the Warmest Color," won the Palme d'Or at the Cannes Film Festival in May 2013. Directed by director Abdellatif Kechiche and starring Lea Seydoux and Adele Exarchopoulos, the film generated both wide praise and controversy. It will be released in the US through Sundance Selects/IFC Films.
Julie Maroh is an author and illustrator originally from northern France.

Julie Maroh is an author and illustrator originally from northern France. She studied comic art at the Institute Saint-Luc in Brussels and lithography and engraving at the Royal Academy of Arts in Brussels, where she still lives. After self-publishing three comics collections, her French-language graphic novel "Le bleu est une couleur chaude" was published by Glenat in 2010; it won several awards, including the Audience Prize at the Angouleme International Comics Festival, Europe's largest.