Why We Fight: Soldiers, Sailors, Airmen and Marines Talk About America, Service, Family and Freedom (Paperback) 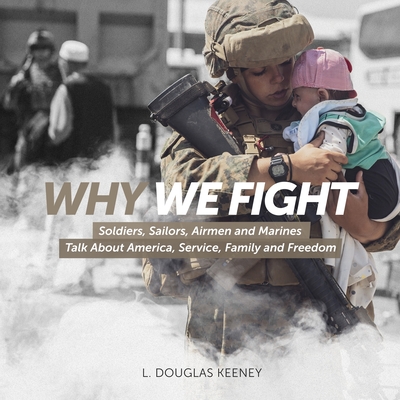 A tribute to our military and in praise of the men and women who serve. With quotes in praise of service by Abraham Lincoln, Ronald Reagan, John F. Kennedy, Nelson Mandela, Elie Wiesel, Warren Buffett, General George Marshall, and more.

"Veterans know better than anyone else the price of freedom, for they've suffered the scars of war. We can offer them no better tribute than to protect what they have won for us." Ronald Reagan

"At the core, the American citizen soldiers knew the difference between right and wrong, and they didn't want to live in a world in which wrong prevailed. So they fought, and won, and we, all of us, living and yet to be born, must be forever profoundly grateful." Stephen Ambrose

Thus begins Why We Fight, a new photo-illustrated book on liberty and freedom and the values we American's hold dear but against which we have a military to defend

For every new recruit, every son or daughter -- every vet, and every Member of Congress -- this book brings together in one timeless volume the reasons why we have a military -- and a tribute to those who serve.