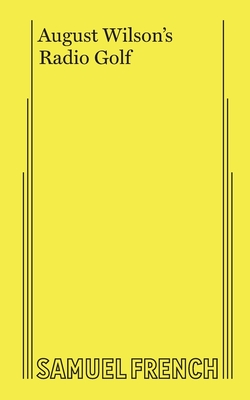 By August Wilson
Email or call for price.

Radio Golf is a fast-paced, dynamic, and wonderfully funny work about the world today and the dreams we have for the future. Set in Pittsburgh in the late 1990s, it's the story of a successful entrepreneur who aspires to become the city's first black mayor. But when the past begins to catch up with him, secrets get revealed that could be his undoing.

The most contemporary of all of August Wilson's work, Radio Golf is the final play in his unprecedented ten-play cycle chronicling African-American life in the twentieth century - a series that includes the Pulitzer Prize-winning plays Fences and The Piano Lesson. Completed shortly after his death in 2005, this bittersweet drama of assimilation and alienation in nineties America traces the forces of change on a neighborhood and its people caught between history and the twenty-first century.