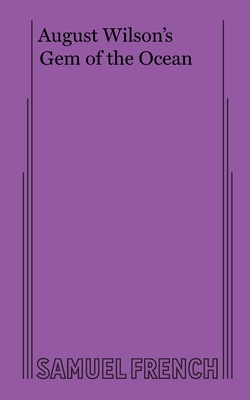 By August Wilson
Email or call for price.

Set in 1904, August Wilson's Gem of the Ocean begins on the eve of Aunt Esther's 287th birthday. When Citizen Barlow comes to her Pittsburgh's Hill District home seeking asylum, she sets him off on a spiritual journey to find a city in the middle of the Atlantic Ocean. Gem of the Ocean is the ninth work in Wilson's ten-play cycle that has recorded the American Black experience and helped to define generations. The Broadway run starred Tony Award winner Phylicia Rashad as Aunt Esthe.