How to Be Invisible: Lyrics (Hardcover) 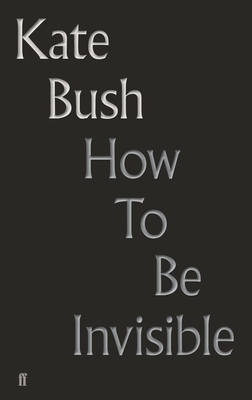 Selected and arranged by the author, with an expansive introduction by the novelist David Mitchell, How To Be Invisible presents the lyrics of Kate Bush for the first time in a beautiful cloth-bound edition. Kate Bush is a true iconoclast and one of the most revered contemporary musical artists of recent years. Since her emergence in 1978 she has forged a creative path which has proved to be both highly innovative and hugely inspiring. Her artistic achievements have helped shape our cultural landscape and her singular vision has influenced many others. In 2002 Kate won the Ivor Novello Award for Outstanding Contribution to British Music, one of many awards won by her over the years. In 2012 her album 50 Words For Snow won Best Album at the South Bank Sky Arts Awards whilst in 2014 Kate won the Evening Standard Theatre Award for her live show Before The Dawn, which played for twenty-two nights at London's Hammersmith Apollo.