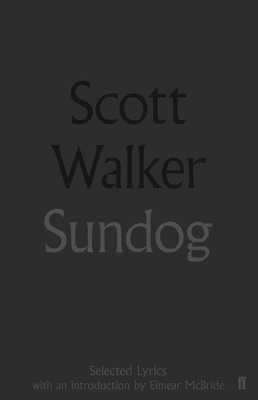 Scott Walker is quite simply a cultural icon. He is an American-born, British singer-songwriter, composer and record producer. He is known for his distinctive voice and for the unorthodox career path which has taken him from 1960s pop icon to 21st century avant-garde musician. Originally coming to fame in the mid-1960s singing orchestral pop ballads as the frontman of The Walker Brothers, Walker went on to a solo career balancing a light entertainment with increasing artistic innovations in arrangement and writing perspective. Since the mid-1980s Walker has revived his solo career while drastically reinventing his artistic and compositional methods, via a series of acclaimed and vividly avant-garde albums. The change in approach has been compared to "Andy Williams reinventing himself as Stockhausen". Eimear McBride trained at Drama Centre London. Her debut novel A Girl Is a Half-formed Thing received a number of awards including the Goldsmiths Prize, the Baileys Women's Prize for Fiction and Irish Novel of the Year. She occasionally writes and reviews for the Guardian, TLS and the New Statesman.