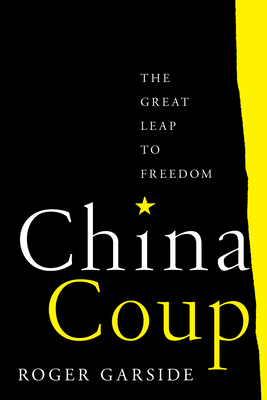 An expert’s take on how a coup in China could launch a transition to democracy.

This short book predicts—contrary to the prevailing consensus—that China’s leader Xi Jinping will very soon be removed from office in a coup d’état mounted by rivals in the top leadership. The leaders of the coup will then end China’s one-party dictatorship and launch a transition to democracy and the rule of law. Long-time diplomat and development banker Roger Garside draws on his deep knowledge of Chinese politics and economics first to develop a detailed scenario of how these events may unfold, and then—in the main body of the book—to explain why. His gripping, persuasive account of how Chinese leaders plot and plan away from the public eye is unique in published literature.

Garside argues that under Xi’s overconfident leadership, China is on a collision course with an America that is newly awakened out of complacency. As Xi’s rivals look abroad, they are alarmed that he is blind to the reactions that China’s actions have provoked from the world’s strongest power and its allies. In domestic affairs, Xi’s rivals recognize that economic and social change without political reform have created problems that require not just new leaders but a new system of government. Security abroad and stability at home demand a revolution to which Xi is implacably opposed. To save China—and themselves—from catastrophe, they must remove him and end the dictatorship he is determined to defend. But their will and capacity to do so depend crucially on how liberal democracies act. Garside’s scenario shows America leading its allies in creating the conditions in which Xi’s rivals move against him.

Roger Garside is a former diplomat, development banker, and capital market development advisor. He twice served in the British Embassy in Beijing and is the author of the highly acclaimed Coming Alive: China After Mao.

“I just finished reading China Coup and loved it . . . . By posing a provocative ‘what if,’ Mr. Garside expands the terms of our debate on China.”
— CHINADebate