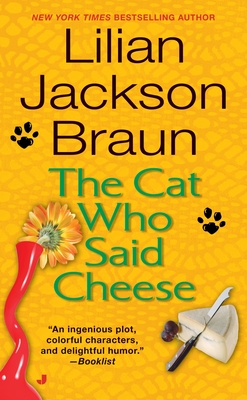 In this mystery in the bestselling Cat Who series, a murder sends Jim Qwilleran and his cats, Koko and Yum Yum, on a trail that will demand all their feline intuition and mustachioed insight...

With the Great Food Explo approaching, there’s a lot of scrumptious activity in Moose County. Residents can’t wait for the restaurant openings, the cheese-tasting, and the bake-off, among other festivities. But there’s nothing as tasty as a morsel of gossip, so when a mysterious woman moves into the New Pickax Hotel, the locals—including Qwill—indulge in lots of speculation. But then a bomb explodes in her room, killing the hotel housekeeper—and now Qwill and his kitty sidekicks, Koko and Yum Yum, must put aside the fun and figure out who cooked up this murderous recipe...