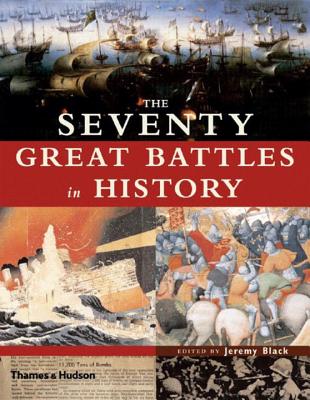 In The Seventy Great Battles of All Time, an international team of military historians reconstructs and analyses the seventy decisive battles that shaped world history - from Cannae to Agincourt, Waterloo to Gettysburg, Stalingrad to the Tet offensive. Organised chronologically into seven parts, the book encompasses the ancient, medieval and Renaissance worlds, as well as the battles of the past 300 years, right up to the current conflict in Iraq. The contributors analyse not only the greatest land battles of all time, but sieges such as Constantinople (1453) and Tenochtitlan (1521); naval battles such as Actium (31 BC), the Armada (1588), Trafalgar (1805) and Tsushima (1905); and the crucial conflicts in the air during the Battle of Britain (1940) and the American attack on Japan (1945). The coverage is truly worldwide and spans an enormous time-scale. Throughout, the reader is presented with a masterly overview of the advances in military technology, how battlefield commanders responded to these changes, and the impact of each battle.