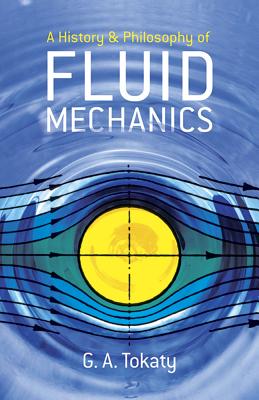 Through the centuries, the intricacies of fluid mechanics -- the study of the laws of motion and fluids in motion -- have occupied many of history's greatest minds. In this pioneering account, a distinguished aeronautical scientist presents a history of fluid mechanics focusing on the achievements of the pioneering scientists and thinkers whose inspirations and experiments lay behind the evolution of such disparate devices as irrigation lifts, ocean liners, windmills, fireworks and spacecraft.
The author first presents the basics of fluid mechanics, then explores the advances made through the work of such gifted thinkers as Plato, Aristotle, da Vinci, Galileo, Pascal, Newton, Bernoulli, Euler, Lagrange, Ernst Mach and other scientists of the 20th century. Especially important for its illuminating comparison of the development of fluid mechanics in the former Soviet Union with that in the West, the book concludes with studies of transsonic compressibility and aerodynamics, supersonic fluid mechanics, hypersonic gas dynamics and the universal matter-energy continuity.
Professor G. A. Tokaty has headed the prestigious Aeronautical Research Laboratory at the Zhukovsky Academy of Aeronautics in Moscow, and has taught at the University of California, Los Angeles. He is Emeritus Professor of Aeronautics and Space Technology, The City University, London.