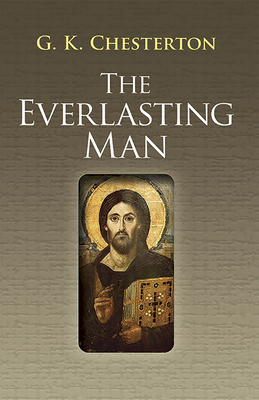 This classic exploration of human history vis- -vis its link to Christianity ponders the question: What makes human beings uniquely human? In this thoughtful response to the rampant social Darwinism of the early twentieth century, G. K. Chesterton explains how religion -- a blend of philosophy and mythology -- satisfies both the human intellect and the spirit, and sets man starkly apart from any other living creature.
Written in 1925, this enduring polemic still strikes a modern chord. Addressing evolution, feminism, and cultural relativism within the context of religion, the book also examines religious skepticism. How does one sustain belief in Jesus Christ -- and the Church -- when, throughout history, the key to religious truth has been constantly reshaped? According to Chesterton, the shape of the key is not important. What matters is that it fits the lock and opens the door. An emphatic affirmation of Christian faith, The Everlasting Man is leavened with the author's characteristic wit and wisdom, and appeals to the mind as well as the heart.

Widely known as the Prince of Paradox, G. K. Chesterton was one of the most influential English writers and thinkers of the 20th century. Chesterton's prodigious talents embraced a wide range of subjects, from philosophy and religion to detective fiction and fantasy. And while his writings are light and whimsical, they are filled with direct and honest truths.