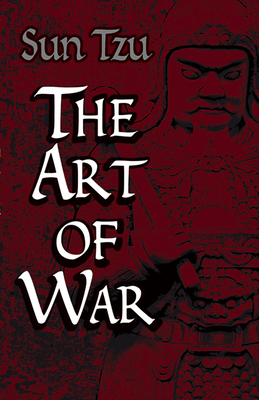 Preserved in China for more than 2,000 years before it was brought to the West by the French, this compact little book is widely regarded as the oldest military treatise in the world. Rumored to have been used by Napoleon in his campaigns to conquer Europe, it today retains much of its original merit. American officers read it closely during World War II. The Japanese army studied the work for decades, and many 20th-century Chinese officers are said to have known the book by heart. More recently, it has also been viewed as a valuable guide to competing successfully in business.
Stressing the importance of attacking your enemy when he is unprepared and scheming to discover his plans, the author advises avoiding the strong and striking at the weak, and using spies for every kind of business. Principles of strategy, tactics, maneuvering, and communications, the treatment of soldiers, the importance of strong troops and well-trained officers, and the administration of rewards and punishments all have a modern ring to them.
A valuable guide to the conduct of war, this classic of military strategy is indispensable to military personnel, history enthusiasts, and anyone intrigued by competition and rivalry.