The Magellan Fallacy: Globalization and the Emergence of Asian and African Literature in Spanish (Paperback) 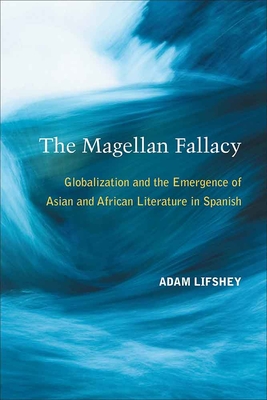 Winner of the 2015 A-Asia/ICAS Africa-Asia Book Prize, a global competition, for the best book in English, French, or Portuguese on any topic linking Asia and Africa.

Adam Lifshey is Professor in the Department of Spanish and Portuguese and the Program in Comparative Literature at Georgetown University, as well as the author of As Green as Paradise: A Novel, and Subversions of the American Century.

“The book’s aim is as ambitious as it is timely: that of establishing a new field of global Hispanic studies emphases, one that bypasses the hidebound departmental binary of Peninsular/Latin American, that encompasses significant achievements of Hispanic literature coming out of Asia and Africa. What the author has accomplished is nothing short of a paradigm shift that will produce repercussions throughout 21st-century Hispanic studies.”
—Eugenio Matibag, Iowa State University


"This volume serves as a valuable point of departure for the study of a largely unexplored subject: fiction written in Spanish in Equatorial Guinea and the Philippines during and following Spain's colonization . . . Recommended."
—P.W. Manning, Choice


"This is a work masterfully rendered, witty, original in its central thesis, and seminal in its scope. A classic in the making."
—Africa-Asia 2015 Book Prize Committee