Hero of the Pacific: The Life of Marine Legend John Basilone (Paperback) 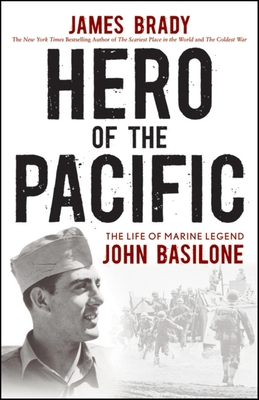 Gunnery Sergeant John Basilone was a Marine legend who received the Medal of Honor for holding off 3,000 Japanese on Guadalcanal and the Navy Cross posthumously for his bravery on Iwo Jima. This is the story of how a young man from Raritan, New Jersey, became one of America's biggest World War II heroes.

An incredible story masterfully told, Hero of the Pacific will appeal to anyone with an interest in World War II and military history as well as fans of HBO's The Pacific.

The late James Brady commanded a Marine rifle platoon during the Korean War and was awarded a Bronze Star for valor. He authored eighteen books, among them several on the Marines, including the nonfiction "Why Marines Fight "and the "New York Times" bestselling novel "The Marines of Autumn."