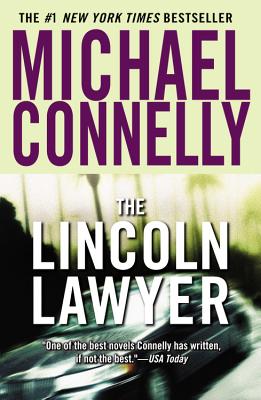 By Michael Connelly
$15.00
Email or call for price.

[This] intricate, fast-moving tale barrels along...Beware picking up THE LINCOLN LAWYER. You won't want to put it down until you've navigated its rapids to the end.—Los Angeles Times

Connelly has stepped up to the plate in the overflowing ballpark of legal thrillers and blasted a grand slam his first time at bat.—Chicago Tribune

Hurtles into the realm of the legal thriller with excitingly renewed energy and a full bag of tricks. Entertaining as it is during the investigation phase, the book goes up a notch when the courtroom conniving takes over.—Janet Maslin, New York Times

One of the best novels Connelly has written, if not the best.—USA Today

All that Connelly readers have come to expect.—Denver Post