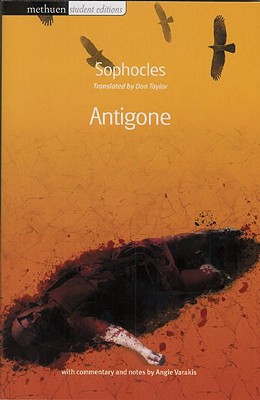 The gods never move faster than when punishing men with the consequences of their own actions.

Desperate to gain control over a city ravaged by civil war, Creon refuses to bury the body of Antigone's rebellious brother. Outraged, she defies his edict. Creon condemns the young woman, his niece, to be buried alive. The people daren't object but the prophet Teiresias warns that this tyranny will anger the gods: the rotting corpse is polluting the city. Creon hesitates and his fate is sealed. Sophocles' great tragic play dramatises the clash between the family and the city and, with high poetry and deep tragedy, presents an irreconcilable but equally balanced conflict. Sophoclean heroine Antigone has become a cultural archetype, the symbol of personal integrity and an icon of political freedom, whilst her coprotagonist Creon can be interpreted as either a civic saviour or a ruthless tyrant. This translation by Don Taylor, accurate yet poetic, was made for a BBC TV production of the Theban Plays in 1986, which he directed.