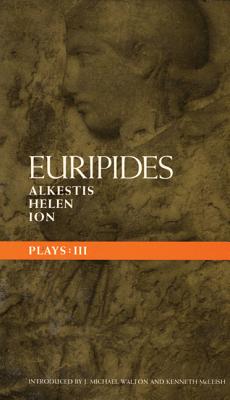 The three plays in this volume straddle the borders between comedy and tragedy. Alkestis is a moving "romance" with death; it has parallels to Shakespeare's The Winter's Tale. Helen, an alternative version of the tragic portrayal of the Trojan War, shows Helen "relocated in a delightful comedy" (Observer) - as an innocent victim of her own beauty, hidden in Egypt by the gods while her image has been abducted by Paris. In Ion, a father who thought he was childless discovers his son, and a son who thought he was motherless finds his mother.