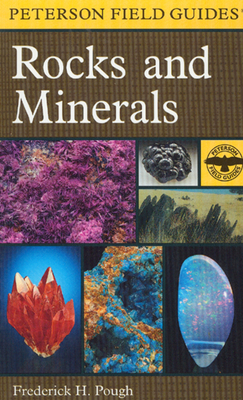 Jeffrey A. Scovil, a professional mineral photographer, is the author of Photographing Minerals, Fossils, and Lapidary Materials and was featured in The Grandmasters of Mineral Photography.

Frederick H. Pough (1907-2006) was a mineralogist and museum curator who wrote a guide to collecting gems and minerals that became essential for geologists. He wrote A Field Guide to Rocks and Minerals while serving as a curator of physical geology and mineralogy at the American Museum of Natural History in Manhattan.

ROGER TORY PETERSON, one of the world’s greatest naturalists, received every major award for ornithology, natural science, and conservation as well as numerous honorary degrees, medals, and citations, including the Presidential Medal of Freedom. The Peterson Identification System has been called the greatest invention since binoculars.