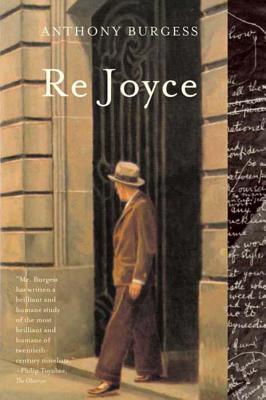 Arguing that "the appearance of difficulty is part of Joyce's big joke," Burgess provides a readable, accessible guide to the writings of James Joyce.

Anthony Burgess (1917–1993) is the author of many works, including The Wanting Seed, Nothing Like the Sun, and Re Joyce. A Clockwork Orange is one of the "100 best novels" of both Time magazine and Modern Library and is on David Bowie's Book List.

Recognizing the coming and cosmic in Joyce, [Burgess] proceeds with his self-imposed task of unraveling meaning by scrutinizing the layers of a mind that was encyclopedic in dimension. . . . He has defined the perimeter of Joyce's adventure in both Ulysses and Finnegans Wake. . . . It took Burgess to place Joyce's satire in its proper orbit.

Burgess has written a study of the most brilliant and humane of twentieth-century humanists.
— Philip Toynbee - The Observer