Island People: The Caribbean and the World (Hardcover) 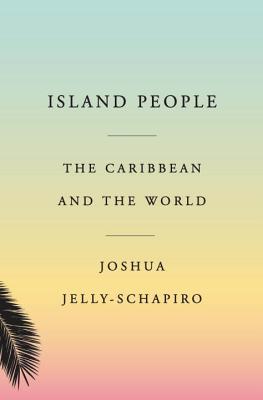 By Joshua Jelly-Schapiro
$28.95
Email or call for price.

A masterwork of travel literature and of history: voyaging from Cuba to Jamaica, Puerto Rico to Trinidad, Haiti to Barbados, and islands in between, Joshua Jelly-Schapiro offers a kaleidoscopic portrait of each society, its culture and politics, connecting this region’s common heritage to its fierce grip on the world’s imagination.

From the moment Columbus gazed out from the Santa María's deck in 1492 at what he mistook for an island off Asia, the Caribbean has been subjected to the misunderstandings and fantasies of outsiders. Running roughshod over the place,  they have viewed these islands and their inhabitants as exotic allure to be consumed or conquered. The Caribbean stood at the center of the transatlantic slave trade for more than three hundred years, with societies shaped by mass migrations and forced labor.  But its people, scattered across a vast archipelago and separated by the languages of their colonizers, have nonetheless together helped make the modern world—its politics, religion, economics, music, and culture. Jelly-Schapiro gives a sweeping account of how these islands’ inhabitants have searched and fought for better lives. With wit and erudition, he chronicles this “place where globalization began,” and introduces us to its forty million people who continue to decisively shape our world.

Joshua Jelly-Schapiro is a geographer and writer whose work has appeared in The New York Review of Books, New York, Harper’s, the Believer, Artforum, and The Nation, among many other publications. Educated at Yale and Berkeley, he is the co-editor, with Rebecca Solnit, of Nonstop Metropolis: A New York City Atlas, and a visiting scholar at New York University’s Institute for Public Knowledge. This is his first book.

"A travelogue of love and scholarship . . . does the region splendid justice."
—The New York Times

“A creative hybrid of travel writing and in-depth reportage. . . . Its balance of skepticism and enthusiasm is driven by both wide knowledge and a bracing sympathy for the oppressed. . . .  Jelly-Schapiro’s book [is] rich in its enthusiasms, but tempered by the author’s own urbane intelligence. . . . He has a journalist’s flair for interviews and is as deft with chance encounters as with pop idols. Above all he finds dignity as well as excitement in this beautiful archipelago.”
—Colin Thubron, The New York Review of Books

"Island People, written by a careful and compassionate author, is a worthy travel and history book, a fresh study of these economically hamstrung islands and their failing attempts at rebranding."—The Guardian

“Many have tried this before—to get hold of, in its entirety, the volatile, beautiful, relentlessly shifting Caribbean.  Nobody has succeeded as dazzlingly as Joshua Jelly-Schapiro.”—Marlon James, author of A Brief History of Seven Killings and winner of the 2015 Man Booker Prize

“Joshua Jelly-Schapiro possesses both a humanist’s irrepressible empathy and a journalist’s necessary skepticism. He reports carefully, researches exhaustively, cares deeply, and writes beautifully.”—Dave Eggers, author of Heroes of the Frontier

“The Caribbean—the supposed ‘American lake’—has always been the sea of stories and of dreams, a phantasmagorical realm of the beautiful, the fantastical, and the not-quite believable.  Since Columbus and the Haitian Revolution these scattered lands of miracles and wonders have shaped the history of our world, and for decades they have cried out for a revivified history by a chronicler—in the wake of C.L.R. James and Naipaul and Wolcott—equal to the task.  And now here is Island People, precisely that marvel of a book, given to us by Joshua Jelly-Schapiro, a superb young writer who brings to this sea of dreams a scholar’s authority, a novelist’s way with character, and an ace reporter’s talent for stumbling into exactly that tale, however improbable and fantastic, that most needs telling.”—Mark Danner, author of Spiral:  Trapped in the Forever War

“Joshua Jelly-Schapiro's grand book on the Caribbean is so striking in form and vision that it amounts to something new--a constant surprise. Even as Jelly-Schapiro combines reportage, cultural analysis, and history to superb effect, this important book filled with many truths defines and gives new meaning to that lovely phrase, sui generis.”—Hilton Als, author of White Girls

“Joshua Jelly-Schapiro is one of those rare writers who bridges worlds—between deep scholarship and lively and accessible writing, between islands and mainlands, between big ideas and precise details, between history and possibility.”—Rebecca Solnit, author of Men Explain Things to Me and Other Essays

“Joshua Jelly-Schapiro’s book illuminates, like no other I’ve read, the startling history and the complex present of the nations of the Caribbean.  Written with passion and joyful music in the prose, Island People will become an indispensable companion for anybody traveling to the Caribbean—or dreaming of doing so.  Accessible and well-informed, Island People is the best book about the Caribbean since V.S. Naipaul’s The Middle Passage—and in significant ways, it is a better book.”—Suketu Mehta, author of Maximum City:  Bombay Lost and Found