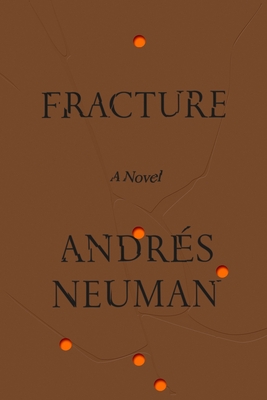 Critically acclaimed, prize-winning author Andrés Neuman’s Fracture is an ambitious literary novel set against Japan’s 2011 nuclear accident in a cross-cultural story about how every society remembers and forgets its catastrophes.

Mr. Yoshie Watanabe, a former electronics company executive and a survivor of the atomic bomb, has always lived like a fugitive from his own memories. He’s spent decades traveling the world, making a life in different languages, only to find himself home again, living in Tokyo in his old age. On the afternoon of March 11, 2011, Watanabe, like millions of others, is stunned by powerful tremors. A massive earthquake has struck to the north, triggering the Fukushima nuclear disaster—and a stirring of the collective past. As the catastrophe unfolds, Watanabe’s mind, too, undergoes a tectonic shift. With his native land yet again under nuclear threat, he braces himself to make the most surprising decision of his nomadic life.

Meanwhile, four women who have known him intimately at various points in time narrate their stories to a strangely obsessive Argentinian journalist. Their memories, colored by their respective cultures and describing different ways of loving, trace sociopolitical maps of Paris, New York, Buenos Aires, and Madrid over the course of the twentieth century. The result is a metalingual, border-defying constellation of fractures in life and nature—proof that nothing happens in only one place, that every human event reverberates to the ends of the earth.

With unwavering empathy and bittersweet humor, and facing some of the most urgent environmental concerns of our time, Andrés Neuman’s Fracture is a powerful novel about the resilience of humankind, and the beauty that can emerge from broken things.

Andrés Neuman was born in 1977 in Buenos Aires, Argentina, and grew up in Spain. He has a degree in Spanish philology from the University of Granada. Neuman was selected as one of Granta’s Best of Young Spanish-Language Novelists and was elected to the Bogotá-39 list. Traveler of the Century was the winner of the Alfaguara Prize and the National Critics Prize, Spain’s two most prestigious literary awards.

“Neuman is a literary alchemist . . . [Fracture is] a moving meditation on the reverberating waves that shape us and the inescapable impermanence of life.” —Kirkus Reviews

"Filled with insights into cross-cultural intimacies, [Fracture] is charged with . . . distaste for what history does to tragedies: turning injuries of flesh and blood into crude symbols." —The New Yorker

"Fracture is by far the Argentinian writer Andrés Neuman’s most successful experiment . . . that which should be said must be said – and Neuman undoubtedly says it beautifully." —Ian Sansom, The Guardian

"Fracture asks how we can live, as individuals and as communities, in the long shadow of catastrophe . . . More than once, Mr. Neuman’s evocations of the aftermaths of 1945 and 2011 bring the vacant, haunted spaces of 2020 to mind. In our deserted cities, we too have had “to contemplate what life looks like when there should be no one left.” —Boyd Tonkin, The Wall Street Journal

"A prolific writer, Neuman . . . delights in language and linguistic ambiguity. In Fracture, he explores the fragmented nature of memory, emotional scars, a city’s wounds after a disaster and the cracks in a relationship caused by cultural difference . . . Perceptively translated by Nick Caistor and Lorenza Garcia, Fracture is a novel for our times and astonishingly relevant." —Lucy Popescu, The Guardian

"We find ourselves immersed in a story about a man written by a man but narrated by four women, an act of ventriloquism mirrored by reading the book in its easy-flowing translation (by Nick Caistor and Lorenza Garcia) from Spanish . . . in this enjoyable and strangely tender book, Neuman asks us to look beyond the present." —David Pilling, Financial Times

"Stirring . . . Neuman slowly builds meaning in the book’s recursive structure and language . . . This weighty meditation on human interconnection is well worth a look." —Publishers Weekly

"[Neuman is] a wildly talented and curious writer whose books roam energetically around the world and across genres . . . Fracture is very much about how catastrophe and trauma ripple across the world—the book hopscotches from Tokyo to Madrid, Paris, Buenos Aires, and New York—and, in that sense, offers an eerie reflection of the global reach of our present pandemic." —Vanity Fair (31 Great Quarantine Reads)

"Tracing the flow of time, tragedies both individual and global, and our memories of what occurred, Neuman leads us into the lives and loves of his characters, filling in the gaps between one character’s memories with another’s . . . Neuman knows that the ways in which we’re broken not only form an essential fabric of our being, but often remake us in entirely new ways." —Chicago Review of Books

"A talented travel writer (How to Travel without Seeing, 2016), inventive storyteller (The Things We Don’t Do, 2015), and acclaimed novelist (Talking to Ourselves, 2014), Neuman presents a realist novel told in an unconventional style which centers around one man’s life as refracted through the viewpoints of numerous women who knew him. Another fascinating work of fiction from a generously prolific author." —Diego Báez, Booklist

"Fracture is a masterfully written novel about brokenness and the possibility of repair—even when such repair is itself a constant reminder of brokenness . . . Though comparisons to Bolaño are inevitable (Bolaño himself was an ardent champion of Neuman’s writing), Fracture feels far more modern than postmodern, and is particularly Woolfian in its character depth and ambitious narrative structure . . . ere is just one example of Neuman’s brilliance and importance as an international writer, demonstrating the linguistic virtuosity Bolaño no doubt recognized in the young novelist." —Edwin Alanís-García, Asymptote

"This feels like a massive step forward for Neuman in terms of scope and self-assurance, which is saying a lot after Traveler of the Century, Talking to Ourselves, and The Things We Don’t Do . . . The way Neuman writes about failed relationships, about beauty at different ages, about sex and longing and mystery . . . is so heartfelt and human." —Chad Post, Three Percent Blog

"Impressive in scope and touching in its telling, Fracture is Neuman's most mature outing to date . . . Tenderly told, Fracture is a masterful tale— one perhaps all the more important in our own current shared moment of uncertainty, change, and loss." —Jeremy Garber, Powell Books

“Reading Andrés Neuman’s nostalgic Fracture, which centers partly on the Fukushima nuclear disaster, could be a fraught experience during a pandemic—and, indeed, many of the main characters’ convoluted feelings are likely to resonate with, and unsettle, the reader. The author’s skill, however, makes this compelling story well worth the emotional investment . . . These women could easily have become simply foils for Watanabe’s inner journey.” —Mariko Hewer, Washington Independent Review of Books

“Questions of personal, national, and historical identity, as well as the ways in which experience, memory, communication, and relationships are affected by history, nationality, language, and dislocation, all reverberate through Fracture . . . Neuman’s deeply researched, ambitious novel stretches and uses the life-as-journey structure to explore the characters’ inner spaces, and their personal and political history." —Ellen Prentiss Campbell, Fiction Writers Review

“It is impossible to classify Andrés Neuman: each of his books is a new language adventure, guided by the intelligence and the pleasure of words. He never ceases to surprise us and is, doubtlessly, one of the most daring writers in Latin American literature, willing to change, challenge and explore, always with a unique elegance.” —Mariana Enriquez, author of Things We Lost in the Fire

"Fracture is adventurous, big-hearted and seductive, and it has an appetite for life that is, to me, the trademark of great fiction. Neuman is as generous here as ever." —Juan Gabriel Vásquez, author of The Sound of Things Falling

“One of the things I love about Andrés Neuman's work is how he restores writing as the most powerful source of knowledge. Fracture, this dazzling and devastating novel, is a terrific demonstration of that.” —Alejandro Zambra, author of Ways of Going Home

"Traversing languages and cultures, decades and generations, Fracture unites its many fragments to form a powerful and redemptive vision of a single, and unbroken, human life. A searching, humane, and vital novel." —Eleanor Catton, author of The Luminaries

"Andrés Neuman is a born storyteller. Fracture is a deeply generous, wise and resonant novel that glides effortlessly between the intimate and the global, the tragic and the comic, all underpinned by Neuman’s electric, ludic intelligence. If you are about to turn the first page, you are very lucky - a reader on the threshold of a book that in the most wonderful of ways will enrich and enlarge your life." —Owen Sheers, poet and playwright

"Neuman's striking novel weaves a tapestry of life and society since Hiroshima and Nagasaki were bombed, as told through the story of the wanderer and electronics executive Mr. Watanabe, the legacy of his childhood trauma, and the women around the globe who loved him. Rich in detail, political as well as personal, from the foibles of language to economic decline, the world the characters inhabit is constantly shifting underfoot, and the act of remembering emerges as a shore on which to stand and face the sands of time. A finely wrought, beautifully translated novel." —Saskia Vogel, author of Permission