Out of the Depths (Paperback) 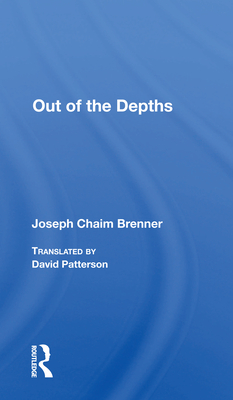 By the time Joseph Chaim Brenner arrived in London (where Out of the Depths was written) in 1904, his literary reputation was already established by a volume of short stories and a previous novel, In Winter. Born in Russia in 1881, Brenner at the age of twenty-four had fled the disorders of the Russian Empire for the mean peace of London's East End. Out of the Depths is concerned with a group of Russian immigrants in London who work for a Jewish daily newspaper. They are caught up in a conflict with the owner when he seeks to introduce a typesetting machine into the newspaper shop. Following an unsuccessful strike, the impoverished workers decline into a general collective misery that is relieved only by the strength and honesty of the central character. The language of Out of the Depths has a remarkably modern energy. Brenner anticipates literary techniques that came into wide use only later. The employment of stream of consciousness, shifting perspectives, and emotive presentation and the use of vocabulary from the Yiddish, Russian, German, and English languages have a startling impact, a texture that Dr. Patterson faithfully captures while conforming to the demands of English idiom. Employing an ancient language in a modern idiomatic style, this little-known work by a writer of remarkable honesty gives intense expression to the social upheavals of the time and to the profound moral questioning that for some was almost a consequence of living in the first years of this century. David Patterson's translation of Out of the Depths received the Webber Prize for translation in 1989.

David Patterson is president of the Oxford Centre for Postgraduate Hebrew Studies.