Unspeakable: Literature and Terrorism from the Gunpowder Plot to 9/11 (Hardcover) 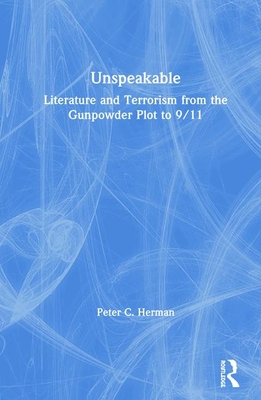 By Peter C. Herman
Email or call for price.

Unspeakable: Literature and Terrorism from the Gunpowder Plot to 9/11 explores the representation of terrorism in plays, novels, and films across the centuries. Time and time again, writers and filmmakers including William Shakespeare, Joseph Conrad, Henry James, Gillo Pontecorvo, Don DeLillo, John Updike, and Steven Spielberg refer to terrorist acts as beyond comprehension, "a deed without a name," but they do not stop there. Instead of creating works that respond to terrorism by providing comforting narratives reassuring audiences and readers of their moral superiority and the perfidy of the terrorists, these writers and filmmakers confront the unspeakable by attempting to see the world from the terrorist's perspective and by examining the roots of terrorist violence.