Pow-Wows, or Long-Lost Friend: A Collection of Folk Medicinal Cures and Remedies, for Man as Well as Animals (Hardcover) (Hardcover) 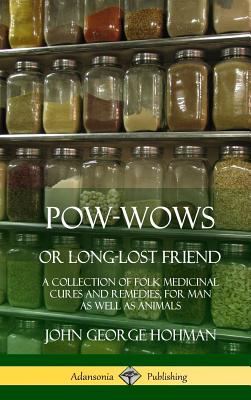 In this book, John George Hohman catalogues a lengthy list of folk and herbal remedies, created to treat all manner of illnesses in humans and pets. In the early 19th century, John George Hohman worked as a book printer while also selling a variety of herbal remedies. Uniting his dual professions by releasing a book about the many remedies he'd encountered and sold, Hohman first released the text in his native German, with an English edition following later. The term 'Pow-Wows' was appended to a later edition, when public interest in Native American medicines surfaced. After its introduction and a variety of testimonials, Pow-Wows proceeds to list more than two-hundred distinct folk remedies. Each entry describes the maladies appropriate for the treatment, before describing how to prepare and administer the remedy. Powdered and fresh plant matter, oils, tinctures, and other items constitute these remedies, which purport to work wonders on ailments both acute and chronic.