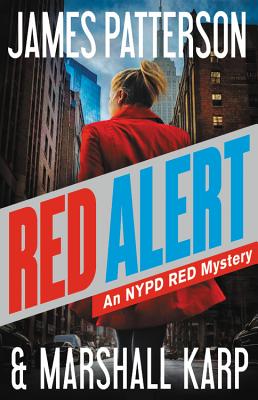 This is book number 5 in the NYPD Red series.

The NYPD's most elite task force must protect the city from a shadowy killer with a vendetta in this New York Times bestselling mystery.
The richest of New York's rich gather at The Pierre's Cotillion Room to raise money for those less fortunate. A fatal blast rocks the room, stirring up horrifying memories of 9/11. Is the explosion an act of terrorism . . . or a homicide?
A big-name female filmmaker is the next to die, in a desolate corner of New York City. Detectives Zach Jordan and Kylie MacDonald investigate. But the crimes keep escalating as a shadowy killer masterfully plays out his vendetta -- and threatens to take down NYPD Red in the bargain.

James Patterson has had more New York Times bestsellers than any other writer, ever, according to Guinness World Records. Since his first novel won the Edgar Award in 1977 James Patterson's books have sold more than 375 million copies. He is the author of the Alex Cross novels, the most popular detective series of the past twenty-five years, including Kiss the Girls and Along Came a Spider. He writes full-time and lives in Florida with his family.