Halcion: An Independent Assessment of Safety and Efficacy Data (Paperback) 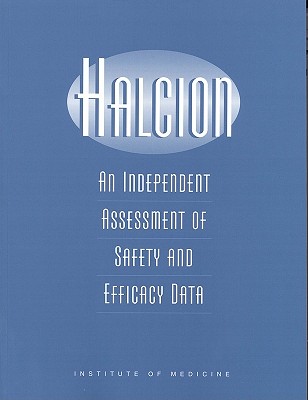 By Institute of Medicine, Division of Health Sciences Policy, Committee on Halcion an Assessment of Da
$39.00
Sorry, Currently unavailable or backordered

Regulatory agencies within the United States and the United Kingdom, among several other countries, have reviewed extensively the safety and efficacy of Halcion (triazolam)?a once commonly used hypnotic drug. Concerns began to emerge about the safety of Halcion when a Dutch physician reported a possible link between it and a syndrome that included such effects as depression, amnesia, hallucinations, and increased anxiety. In addition, in 1991 its manufacturer, Upjohn, noted that errors had been identified in a report of one of the clinical studies included in the original application for approval. Since then, the drug has been removed from the market in several countries, whereas in the United States and Canada, the drug's labeling has been modified to reduce the recommended dose and duration of treatment and to heighten awareness of possible side effects. Yet different data and analyses have resulted in conflicting messages that are difficult to reconcile and interpret. In response to a request from the Food and Drug Administration to resolve these controversial issues related to the safety and efficacy of Halcion, this IOM book assesses the adequacy of the drug's clinical trials; the quality and quantity of data on adverse reactions; overall confidence in the data on effectiveness, adverse events, and side effects at different doses; and whether additional studies are needed.