The Girl with the Dragon Tattoo: Book 1 of the Millennium Trilogy (Compact Disc) 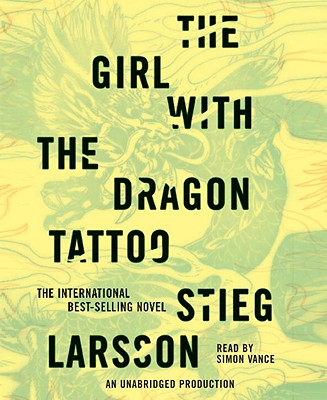 Murder mystery, family saga, love story, and financial intrigue combine into one satisfyingly complex and entertainingly atmospheric novel, the first in Stieg Larsson's thrilling Millenium series featuring Lisbeth Salander. Harriet Vanger, a scion of one of Sweden's wealthiest families disappeared over forty years ago. All these years later, her aged uncle continues to seek the truth. He hires Mikael Blomkvist, a crusading journalist recently trapped by a libel conviction, to investigate. He is aided by the pierced and tattooed punk prodigy Lisbeth Salander. Together they tap into a vein of unfathomable iniquity and astonishing corruption.


“An exceptional effort for a first-time crime novelist. In fact, a fine effort for any crime novelist . . . This book is meticulously plotted, beautifully paced, and features a cast of two indelible sleuths and many juicy suspects.”
–Boston Globe