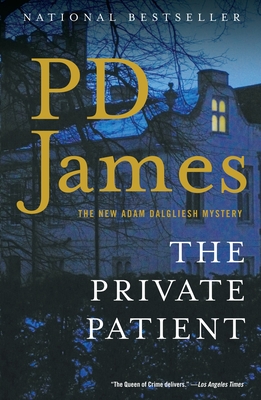 This is book number 14 in the Adam Dalgliesh series.

Cheverell Manor is a beautiful old house in Dorset, which its owner, the famous plastic surgeon George Chandler-Powell, uses as a private clinic. When the investigative journalist, Rhoda Gradwyn, arrives to have a disfiguring facial scar removed, she has every expectation of a successful operation and a peaceful week recuperating. But the clinic houses an implacable enemy and within hours of the operation Rhoda is murdered. Commander Dalgliesh and his team are called in to investigate a case complicated by old crimes and the dark secrets of the past. But Before Rhoda's murder is solved, a second horrific death adds to the complexities of one of Dalgliesh's most perplexing and fascinating cases.

P. D. James is the author of twenty books, many of which feature her detective hero Adam Dalgliesh and have been televised or filmed. She was the recipient of many honors, including the Mystery Writers of America Grand Master Award and the National Arts Club Medal of Honor for Literature, and in 1991 was created Baroness James of Holland Park. She died in 2014.