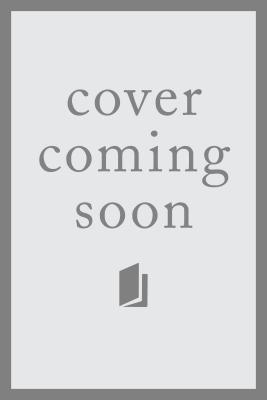 The long-awaited sequel to Songwriters on Songwriting, often called "the songwriter's bible," More Songwriters on Songwriting goes to the heart of the creative process with in-depth interviews with many of the world's greatest songwriters. Covering every genre of popular music from folk, rock 'n' roll, Broadway, jazz, pop, and modern rock, this is a remarkable journey through some sixty years of popular songwriting: from Leiber & Stoller's genius rock 'n' roll collaborations and Richard Sherman's Disney songs to Kenny Gamble's Philly Sound; Norman Whitfield's Motown classics; Loretta Lynn's country standards; expansive folk music from Peter, Paul, and Mary; folk-rock from Stephen Stills; confessional gems from James Taylor; poetic excursions form Patti Smith; Beatles magic from Ringo Starr; expansive brilliance from Paul Simon; complex melodic greatness from Brian Wilson; the most untrustworthy narrator alive in Randy Newman; the dark rock theater of both Alice Cooper and Rob Zombie; the sophisticated breadth of Elvis Costello; the legendary jazz of Herbie Hancock; the soulful swagger of of Chrissie Hynde; the funny-poignant beauty of John Prine; the ancient wisdom fused with hip-hop and reggae of Matisyahu; and much more. In all of it is the collective wisdom of those who have written songs for decades, songs that have impacted our culture forever.

Paul Zollo is a singer-songwriter, former editor of SongTalk, and has written for magazines such as Sing Out!, Acoustic Guitar, and Musician. He is currently an editor for BlueRailroad.com and a senior editor of American Songwriter. He lives in Hollywood, California.

"You'll be richly repaid wherever you dip into this wide-ranging, informative, entertaining, and instructive collection of interviews."—No Depression, 11/10/16

"[More Songwriters on Songwriting] is a book to revisit often, providing valuable insight for fans and invaluable inspiration for other songwriters."
—American SongwriterJan/Feb issue

"A book that will absorb and inspire not only fans of the diverse featured artists but also students of song-writing more broadly."
—PopMatters

"[Zollo] distills the most salient passages of his conversations and renders compelling portraits. As a songwriter who understands the art form, he also brings to the table the kind of easygoing empathy that allows him to ask the right question in response to the previous answer."—Los Angeles Review of Books