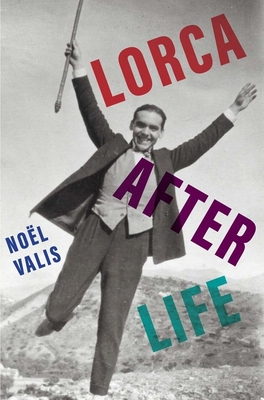 By Noel Valis
Email or call for price.

A reflection on Federico García Lorca’s life, his haunting death, and the fame that reinvigorated the marvelous in the modern world

There is something fundamentally unfinished about the life and work of Federico García Lorca (1898–1936), and not simply because his life ended abruptly. Noël Valis reveals how this quality gives shape to the ways in which he has been continuously re-imagined since his assassination. The specter of his violent death continues to haunt everything connected to Lorca, fueling the desire to fill in the gaps in the poet’s biography.

Lorca’s execution at the start of the Spanish Civil War was not only horrific but transformative, setting in motion many of the poet’s afterlives, including those related to his sexuality and gender identity. Lorca is intimately tied to both an individual and collective identity, as the people’s poet, a gay icon, and fabled member of a dead poets’ society. His fame is a reinvigorated expression of the marvelous in the modern world, with homosexuality as one of its most fascinating manifestations.

Noël Valis is professor and director of undergraduate studies for Spanish at Yale University. The author of Sacred Realism: Religion and the Imagination in Modern Spanish Narrative, Valis lives in New Haven, CT.