Bugs and the Victorians (Hardcover) 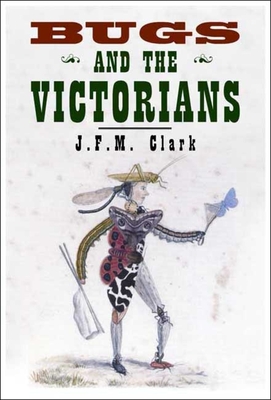 By John F. Clark
Email or call for price.

In the wake of the Scientific Revolution, the impulse to name and classify the natural world accelerated, and insects presented a particularly inviting challenge. This lively book explores how science became increasingly important in nineteenth-century British culture and how the systematic study of insects permitted entomologists to engage with the most pressing questions of Victorian times: the nature of God, mind, and governance, and the origins of life.

By placing insects in a myriad of contexts—politics, religion, gender, and empire—John F. McDiarmid Clark demonstrates the impact of Victorian culture on the science of insects and on the systematic knowledge of the natural world. Through engaging accounts of famous and eccentric innovators who sought to define social roles for themselves through a specialist study of insects—among them a Tory clergyman, a banker and member of Parliament, a wealthy spinster, and an entrepreneurial academic—Clark highlights the role of insects in the making of modern Britain and maintains that the legacy of Victorian entomologists continues to this day.

John F McDiarmid Clark is director, Institute for Environmental History, and lecturer, School of History, University of St. Andrews. He lives in the Kingdom of Fife, Scotland.

"This book gives a fascinating and historically grounded sense of the multiple lives of insects and their students in Victorian Britain. It is beautifully written."—Charlotte Sleigh, The British Journal for the History of Science
— Charlotte Sleigh

"Bugs and the Victorians is essential reading for those drawn to the social and economic upheaval of early Victorian life and how that upheaval influenced the development of science and vice versa."--Arthur V. Evans, Victorian Studies
— Arthur V. Evans