The Perfect Medium: Photography and the Occult (Hardcover) 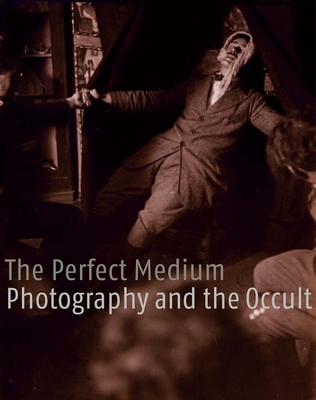 The mesmerizing photographic history of occult phenomena, from levitations and apparitions to spectres, ghosts, and auras.

In the early days of photography, many believed and hoped that the camera would prove more efficient than the human eye in capturing the unseen. Spiritualists and animists of the nineteenth century seized on the new technology as a method of substantiating the existence of supernatural beings and happenings. This fascinating book assembles more than 250 photographic images from the Victorian era to the 1960s, each purporting to document an occult phenomenon: levitations, apparitions, transfigurations, ectoplasms, spectres, ghosts, and auras. Drawn from the archives of European and American occult societies and private and public collections, the photographs in many cases have never before been published.

The Perfect Medium studies these rare and remarkable photographs through cultural, historical, and artistic lenses. More than mere curiosities, the images on film are important records of the cultural forces and technical methods that brought about their production. They document in unexpected ways a period when developing photographic technology merged with a popular obsession with the occult to create a new genre of haunting experimental photographs.

CLÉMENT CHÉROUX is a historian of photography and assistant editor-in-chief of the review Études photographiques. ANDREAS FISCHER is the Curator of Photographs at the Institut für Grenzgebiete der Psychologie und Psychohygiene in Freiburg, Germany. PIERRE APRAXINE is director of the Howard Gilman Foundation in New York. DENIS CANGUILHEM is an art dealer living in Paris. SOPHIE SCHMIT is a film editor and screenwriter.