The History and Sociology of Genocide: Analyses and Case Studies (Paperback) 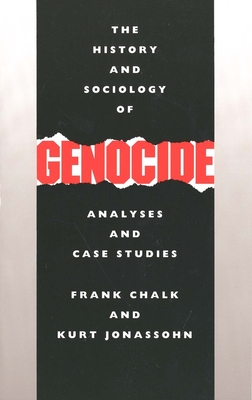 By Frank Chalk, Kurt Jonassohn
Email or call for price.

Genocide is not an invention of the twentieth-century, say Frank Chalk and Kurt Jonassohn in this absorbing book, but has occurred throughout history in all parts of the world. This study—the first comprehensive survey of the history and sociology of genocide—presents over two dozen examples of the one-sided mass slaughter of peoples, spanning the centuries from antiquity to the present.

By including political and social groups as potential victims, Chalk and Jonassohn provide a definition of genocide that is considerably broader than that contained in the United Nations Convention on Genocide. They present a typology of genocide according to the motives of the perpetrator: to eliminate a perceived threat; to spread terror among real or potential enemies; to acquire economic wealth; or to implement a belief, theory, or ideology. Chalk and Jonassohn show how the first three motives have played a role in the establishment and maintenance of empires. They note that since empires have almost disappeared, so have these three types of genocides become rare, and that ideological genocides have become the most important type of genocide in the twentieth-century. The second part of the book consists of selected studies. These include Rome’s final war with Carthage, the Mongol Conquests, the Albigensian Crusades, the Great Witch-Hunt, Christians in Japan, Indians in the Americas, Ndwandwe under Shaka Zulu, Hereros in German South West Africa, Armenians in Turkey, the Soviet Union under Stalin, the Holocaust, Indonesia, Bangladesh, Burundi, and Cambodia, among others. The last part of the book presents topical bibliographies to aid the student and researcher.

Frank Chalk is associate professor of history and Kurt Jonassohn is professor of sociology at Concordia University, where they direct the Montreal Institute for Genocide Studies.