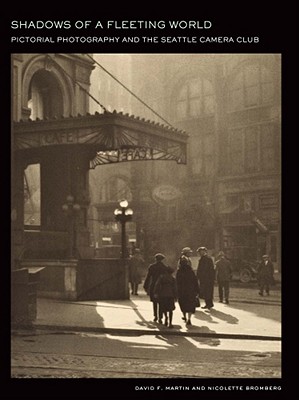 Pictorialism emerged in the early twentieth century as a prominent style of fine art photography. Artists engaged in this style were interested in the effects of transient light and Japanese compositional elements. They developed innovative darkroom techniques to create unique soft-focus photographs that reflected contemporary painting styles. Historically, pictorial photography was narrowly defined by certain characteristics that gave an inaccurate assessment of its important contributions to the medium. Recent rediscoveries from American regional camera clubs, including the Seattle Camera Club (SCC), reveal that the movement was broader and more individualist than previously thought.

Shadows of a Fleeting World provides a rare glimpse into the regional Pictorialist movement. It documents the lives and artistic accomplishments of the SCC photographers. The SCC was one of the most active and successful in the United States, and, fortunately, preservation of its works and history allow for a rich interpretation of its art. Japanese immigrants formed the club's core, and their work routinely blended Pictorialist methods with Japanese aesthetic traditions. The Japanese-influenced Pictorialist works of the SCC made a unique contribution to the international art movement.

The book is generously illustrated with images and prints from SCC artists, many of which have never been published before.