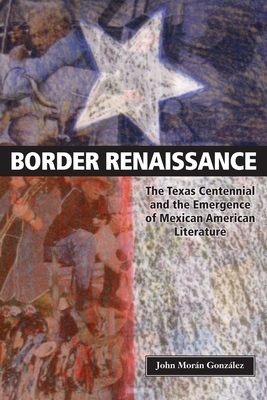 The Texas Centennial of 1936, commemorated by statewide celebrations of independence from Mexico, proved to be a powerful catalyst for the formation of a distinctly Mexican American identity. Confronted by a media frenzy that vilified “Meskins” as the antithesis of Texan liberty, Mexican Americans created literary responses that critiqued these racialized representations while forging a new bilingual, bicultural community within the United States. The development of a modern Tejana identity, controversies surrounding bicultural nationalism, and other conflictual aspects of the transformation from mexicano to Mexican American are explored in this study. Capturing this fascinating aesthetic and political rebirth, Border Renaissance presents innovative readings of important novels by María Elena Zamora O’Shea, Américo Paredes, and Jovita González. In addition, the previously overlooked literary texts by members of the League of United Latin American Citizens (LULAC) are given their first detailed consideration in this compelling work of intellectual and literary history. Drawing on extensive archival research in the English and Spanish languages, John Morán González revisits the 1930s as a crucial decade for the vibrant Mexican American reclamation of Texas history. Border Renaissance pays tribute to this vital turning point in the Mexican American struggle for civil rights.

JOHN MORÁN GONZÁLEZ is Associate Professor of English and Mexican American Studies at the University of Texas at Austin.