Supercade: A Visual History of the Videogame Age 1971-1984 (Paperback) 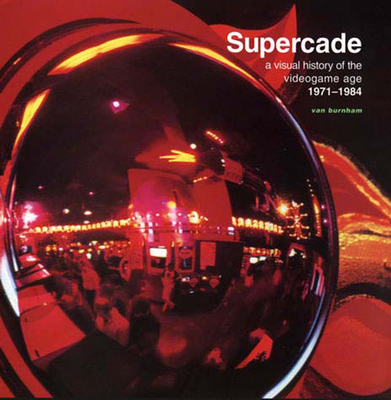 A gloriously illustrated history of the videogame and its legacy for both our mindscapes and video technology.

It was a time when technology was king, status was determined by your high score, and videogames were blitzing the world... From Pong to Pac-Man, Asteroids to Zaxxon—more than fifty million people around the world have come of age within the electronic flux of videogames, their subconscious forever etched with images projected from arcade and home videogame systems.

From the first interactive blips of electronic light at Brookhaven National Labs and the creation of Spacewar! at the Massachusetts Institute of Technology; to the invention of the TV Game Project and the myriad systems of Magnavox, Atari, Coleco, and Mattel that followed; through the rise of the Golden Age of videogames and forward into the imagination of millions, Supercade is the first book to illustrate and document the history, legacy, and visual language of the videogame phenomenon.

Exuberantly written and illustrated in full color, Supercade pays tribute to the technology, games, and visionaries of one of the most influential periods in the history of computer science—one that profoundly shaped the modern technological landscape and helped change the way people view entertainment.

Van Burnham is a Contributing Editor at Wired magazine and a member of the Video Arcade Preservation Society.

...[A] satisfying, illuminating read. Recommended for hardcore gamers (and ex-gamers) of all ages.—Dominic Al-Badri , Kansai Time Out, Japan—

Who can resist a book that opens by tying invention of the video game to development of the atom bomb?

Burnham's done a splendid job of recreating the cathode-lit dens and arcades of our youth...

It's impossible to praise this book too highly.

...this book celebrates...software, programmers, and machines that arose from nothing more than the desire to create the perfect game.