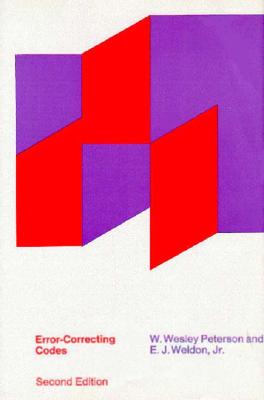 Error-Correcting Codes, by Professor Peterson, was originally published in 1961. Now, with E. J. Weldon, Jr., as his coauthor, Professor Peterson has extensively rewritten his material. The book contains essentially all of the material of the first edition; however, the authors state that because there has been so much new work published in error-correcting codes, the preparation of this second edition proved to be a much greater task than writing the original book. The major additions are the chapters on majority-logic codes, synchronization, and convolutional codes. Much new material has also been added to the chapters on important linear block codes and cyclic codes. The authors cite some highly regarded books on recent work done in Eastern Europe and an extensive bibliography on coding theory in the Soviet Union sic]. In its much-expanded form, Error-Correcting Codes may be considered another valuable contribution to computer coding.