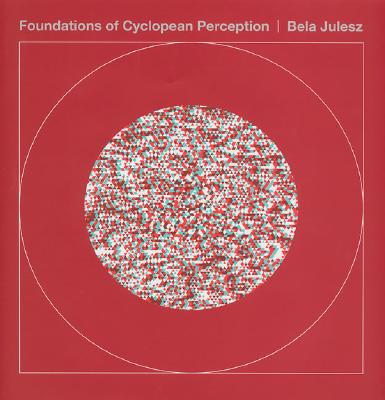 This classic work on cyclopean perception has influenced a generation of vision researchers, cognitive scientists, and neuroscientists and has inspired artists, designers, and computer graphics pioneers. In Foundations of Cyclopean Perception (first published in 1971 and unavailable for years), Bela Julesz traced the visual information flow in the brain, analyzing how the brain combines separate images received from the two eyes to produce depth perception. Julesz developed novel tools to do this: random-dot stereograms and cinematograms, generated by early digital computers at Bell Labs. These images, when viewed with the special glasses that came with the book, revealed complex, three-dimensional surfaces; this mode of visual stimulus became a paradigm for research in vision and perception.

This reprint edition includes all 48 color random-dot designs from the original, as well as the special 3-D glasses required to view them.

Foundations of Cyclopean Perception has had a profound impact on the vision studies community. It was chosen as one of the one hundred most influential works in cognitive science in a poll conducted by the University of Minnesota's Center for Cognitive Sciences. Many copies are "permanently borrowed" from college libraries; used copies are sought after online. Now, with this facsimile of the 1971 edition, the book is available again to cognitive scientists, neuroscientists, vision researchers, artists, and designers.

Mike Kelley is a Los Angeles-based artist, noise musician, and writer. He is a member of the graduate faculty in the M.F.A. program at Art Center College of Design, Pasadena.