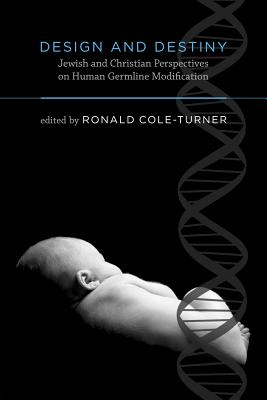 Scholars discuss the genetic modification of embryonic cells from the viewpoints of traditional Jewish and Christian teaching, considering both the possible therapeutic benefits of this technology and moral concerns about its implementation.

We are approaching the day when advances in biotechnology will allow parents to "design" a baby with the traits they want. The continuing debate over the possibilities of genetic engineering has been spirited, but so far largely confined to the realms of bioethics and public policy. Design and Destiny approaches the question in religious terms, discussing human germline modification (the genetic modification of the embryonic cells that become the eggs or sperm of a developing organism) from the viewpoints of traditional Christian and Jewish teaching. The contributors, leading religious scholars and writers, call our attention not to technology but to humanity, reflecting upon the meaning and destiny of human life in a technological age. Many of these scholars argue that religious teaching can support human germline modification implemented for therapeutic reasons, although they offer certain moral conditions that must be met.

Ronald Cole-Turner is H. Parker Sharp Professor of Theology and Ethics at Pittsburgh Theological Seminary. He is the author of The New Genesis: Theology and the Genetic Revolution and the coauthor of Pastoral Genetics: Theology and Care at the Beginning of Life.