The Myth of the Intuitive: Experimental Philosophy and Philosophical Method (Hardcover) 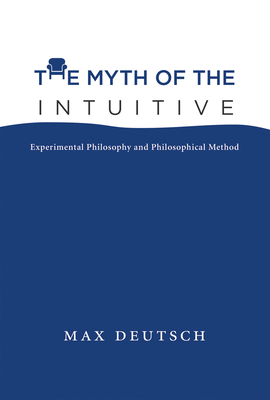 A defense of traditional philosophical method against challenges from practitioners of “experimental philosophy.”

Deutsch discusses xphi and some recent xphi studies; critiques a variety of other metaphilosophical claims; examines such famous arguments as Gettier's refutation of the JTB (justified true belief) theory and Kripke's Gödel Case argument against descriptivism about proper names, and shows that they rely on reasoning rather than intuition; and finds existing critiques of xphi, the “Multiple Concepts” and “Expertise” replies, to be severely lacking.

Max Deutsch is Associate Professor and Head of Department in the Department of Philosophy at the University of Hong Kong.

[A]s Deutsch's discussion shows, we need to be much more careful both in how we formulate our arguments and how we understand them when we are considering philosophical methodology. For anyone wishing to think seriously about these issues, The Myth of the Intuitive is required reading.—Notre Dame Philosophical Reviews—