Frontiers of Belonging: The Education of Unaccompanied Refugee Youth (Hardcover) 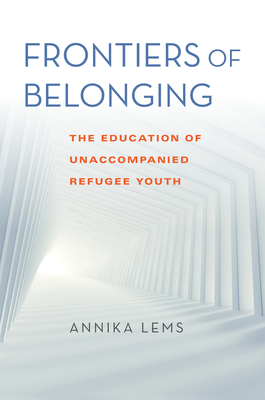 By Annika Lems
Email or call for price

As unprecedented numbers of unaccompanied African minors requested asylum in Europe in 2015, Annika Lems witnessed a peculiar dynamic: despite inclusionary language in official policy and broader society, these children faced a deluge of exclusionary practices in the classroom and beyond.

Frontiers of Belonging traces the educational paths of refugee youth arriving in Switzerland amid the shifting sociopolitical terrain of the refugee crisis and the underlying hierarchies of deservingness. Lems reveals how these minors sought protection and support, especially in educational settings, but were instead treated as threats to the economic and cultural integrity of Switzerland. Each chapter highlights a specific child's story--Jamila, Meron, Samuel, and more--as they found themselves left out, while on paper being allowed "in." The result is a highly ambiguous social reality for young refugees, resulting in stressful, existential balancing acts.

A captivating ethnography, Frontiers of Belonging allows readers into the Swiss classrooms where unspoken distinctions between self and other, guest and host, refugee and resident, were formed, policed, and challenged.

Annika Lems is head of the independent research group Alpine Histories of Global Change: Time, Self, and the Other in the German-Speaking Alpine Region at the Max Planck Institute for Social Anthropology. She is author of Being-Here: Placemaking in a World of Movement and lives in Halle, Germany.