The Mozi: A Complete Translation (Translations from the Asian Classics) (Hardcover) 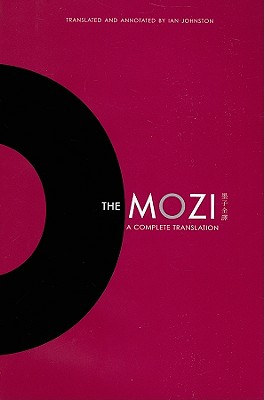 By Ian Johnston (Translator)
Email or call for price.

The Mozi is a key philosophical work written by a major social and political thinker of the fifth century B.C.E. It is one of the few texts to survive the Warring States period (403-221 B.C.E.) and is crucial to understanding the origins of Chinese philosophy and two other foundational works, the Mengzi and the Xunzi. Ian Johnston provides an English translation of the entire Mozi, as well as the first bilingual edition in any European language to be published in the West. His careful translation reasserts the significance of the text's central doctrines, and his annotations and contextual explanations add vivid historical and interpretive dimensions.

Part 1 of the Mozi is called the "Epitomes" and contains seven short essays on the elements of Mohist doctrine. Part 2, the "Core Doctrines," establishes the ten central tenets of Mo Zi's ethical, social, and political philosophy, while articulating his opposition to Confucianism. Part 3, the "Canons and Explanations," comprises observations on logic, language, disputation, ethics, science, and other matters, written particularly in defense of Mohism. Part 4, the "Dialogues," presents lively conversations between Master Mo and various disciples, philosophical opponents, and potential patrons. Part 5, the "Defense Chapters," details the principles and practices of defensive warfare, a subject on which Master Mo was an acknowledged authority. Now available to English-speaking readers of all backgrounds, the Mozi is a rich and varied text, and this bilingual edition provides an excellent tool for learning classical Chinese.

Ian Johnston has published articles on the later Mohists and Gongsun Long, as well as two books of translations of early Chinese poetry, Singing of Scented Grass and Waiting for the Owl. He has also published a translation of four Galenic treatises on the theory of medicine and is currently preparing a bilingual version of Galen's magnum opus on treatment, the De methodo medendi.