The Shape of the World to Come: Charting the Geopolitics of a New Century (Hardcover) 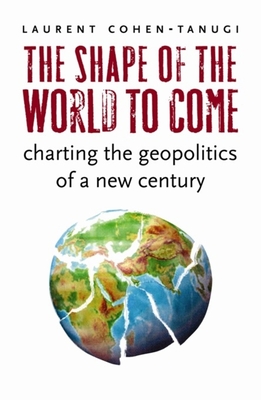 Contrary to an optimistic vision of a world "flattened" by the virtues of globalization, the sustainability and positive outcomes of economic and political homogenization are far from guaranteed. For better and for worse, globalization has become the most powerful force shaping the world's geopolitical landscape, whether it has meant integration or fragmentation, peace or war. The future partly depends on how new economic giants such as China, India, and others make use of their power. It also depends on how well Western democracies can preserve their tenuous hold on leadership, cohesion, and the pursuit of the common good. Offering the most comprehensive analysis of world politics to date, Laurent Cohen-Tanugi takes on globalization's cheerleaders and detractors, who, in their narrow focus, have failed to recognize the full extent to which globalization has become a geopolitical phenomenon. Offering an interpretative framework for thought and action, Cohen-Tanugi suggests how we should approach our new "multipolar" world--a world that is anything but the balanced and harmonious system many welcomed as a desirable alternative to the "American Empire." Cohen-Tanugi's point is not that the major trends of economic globalization, technological revolution, regional integration, and democratic progress are no longer at work. His argument is that economic globalization exists in a complex dialectic with the traditional geopolitics it has, ironically, helped to revive. This tension has created an ambivalent world that requires democracies to operate in two realms: the realm of economic integration and multilateralism--or peaceful, astrategic, "postmodern" internationalism--and the more traditional, even regressive realm of confrontation between national and regional strategies of power fought against a background of terrorism, civil wars, and nuclear proliferation.

Laurent Cohen-Tanugi is founder and managing partner of Laurent Cohen-Tanugi Avocats and Visiting Professor of Law at Stanford University. He is the author of Beyond Lisbon: A European Strategy for Globalisation (2008), The Shape of the World to Come: Charting the Geopolitics of a New Century (2008), and An Alliance At Risk, The United States And Europe After September 11 (2003).