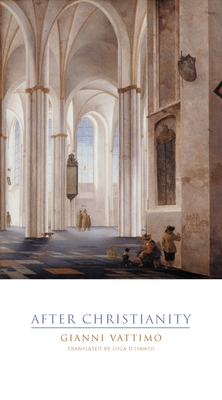 What has been the fate of Christianity since Nietzsche's famous announcement of the "death of God"? What is the possibility of religion, specifically Christianity, thriving in our postmodern era? In this provocative new book, Gianni Vattimo, leading Italian philosopher, politician, and framer of the European constitution, addresses these critical questions. When Vattimo was asked by a former teacher if he still believed in God, his reply was, "Well, I believe that I believe." This paradoxical declaration of faith serves as the foundation for a brilliant exposition on Christianity in the new millennium--an age characterized by a deep uncertainty of opinion--and a personal account of how Vattimo himself recovered his faith through Nietzsche and Heidegger. He first argues that secularization is in fact the fulfillment of the central Christian message, and prepares us for a new mode of Christianity. He then explains that Nietzsche's thesis concerns only the "moral god" and leaves room for the emergence of "new gods." Third, Vattimo claims that the postmodern condition of fragmentation, anti-Eurocentrism, and postcolonialism can be usefully understood in light of Joachim of Fiore's thesis concerning the "Spiritual Age" of history. Finally, Vattimo argues for the idea of "weak thought." Because philosophy in the postmetaphysical age can only acknowledge that "all is interpretation," that the "real" is always relative and not the hard and fast "truth" we once thought it to be, contemporary thought must recognize itself and its claims as "weak" as opposed to "strong" foundationalist claims of the metaphysical past. Vattimo concludes that these factors make it possible for religion and God to become a serious topic for philosophy again, and that philosophy should now formally engage religion.